My humble experiences with “new land”, “old land”, “nostalgia”, “shifts” that humans fear the most, “collisions of cultures” that revealed more about me than the other! and some other minor details in life.

“What cheese?” my man said– his azure eyes are wide open, while his brain is still in the realm of sleep. Nevertheless, in my head the discussion has reached a boiling point. I am in bed next to him, sitting straight up. I repeat it rather slowly this time:

“About the money I will receive next month, from the final article I submitted. Hear me out: For three years now, every small, extra amount of money I occasionally obtained, besides the Jobcenter essential benefits, I used it to try cheese! This cheese experiment has to come to an end. It is time to put the money toward something more responsible than my stomach. I need your organizing, efficient German mind, and I will listen this time.”

“You spend your extra money on cheese! Is that what you just said?” I see he is genuinely confused.

“In my defense, there is a whole half-floor dedicated to cheese in every supermarket possible, enormous aisles of fridges, open gates to different, vividly colorful textures of dairy pleasures!  But that has to stop, and I have to think wisely.”

“My wise girl!” He pulls me under the velvet turquoise bed cover we chose together.

“No, baby, I need your reflections on this”, I said, escaping his arms. “It is a small sum, so I cannot start my Syrian-motif restaurant, but I can take some other steps, like getting my driving license…”

“… Driving license!” He repeats, trying to wake up, rubbing his hair– his golden hair that would fill the mothers and aunts back in my homeland with “aww, golden!”  Whilst, most probably, looking at my mocha-brown, stubborn, wavy hair would make them go “eh!” The fairer the better, the mothers and aunts say.

“I need coffee.” He leaves our bed towards the open kitchen with one vast window glowing in humble yellow from behind the curtains, passing the dining table with the two empty glasses of wine from last night.

Does that give off the vibe of the 200-square-meter Fifty Shades of Gray bachelor apartment? Well, it is not. It is not even the humble Devil Wears Prada Anne Hathaway’s boyfriend’s flat. It is “one shoebox and a half”, as my partner sarcastically introduced it the first time he invited me to dinner in his flat, a tiny cool apartment in the huge cool Berlin. The shoebox-and-a-half was enough to have a slow dance while Paul Anka sang “Put Your Head on My Shoulder” last night.

With the loud cracking and dripping noises of the coffee machine in the background, I continue in a louder voice: “so I could get my driving license, starting with the theoretical exam. Or– and this is an idea I have been thinking about for some time now– join a Shibari workshop.”

The last sentence echoes because the coffee machine stopped while my voice was still raised.

I repeat in a low as-normal-as-possible voice, „Shibari! The Japanese art of rope bondage! Not only sexy and sex-positive, but it also takes you through the intense pleasure of anticipation and surrendering to the moment, concentrating on the pressure every point and joint can bear, breathing in the moment, it is … it is mindfulness!” I say the last word slowly like in a theatre– I am theatrical when it comes to any kind of emotions. My partner thinks it is my hot, chili-flavored nature; I blame it on the norms of my culture.

“So are you trying to go back to a point in your past? Or indulge in the pleasures of a moment away from your current life, away from the plan?!

His revelation was painful somehow, thus I chose to dismiss it immediately, to think of it at another time. How to shift in order to arrive, that was the plan that I trusted him with.

The intense scent of the coffee spreads to fill the whole cool Berlin apartment.

Yes, I am in Berlin, and among the many “top things to do in Berlin” lists on the internet, none suggest Shibari workshops. Nevertheless, this is one of the hidden pockets of Berlin. Thus, if Berlin decided to leave me, as many cities have before, we would stay connected through a thread from a secret pocket in Berlin. Nevertheless, sharing a thread with Berlin via Shibari is not in my partner’s plan to help me “shift” from my old, familiar, comfortable norms in my homeland to arrive in the new German reality, leaving the tottering state of isthmus, a place I recognize and am familiar with now.

I have to say– despite my natural human resistance to shifts– his German experience in shifts is historically proven to be successful; one task at a time, one paper after another, step by step!  While as an Arab– and as I have heard, it is true for the the Latin-Americans, the Italians, and the Spanish as well– I would love to solve problems by intuition, passion, temperament, and air!

“Ok, Shibari is fun, but not one of the essential steps; thus, let me go back to the driving license: you know how to drive, you had a driving license in Syria, so maybe you can save money and start with the practical lessons right away?”

“No, I need to start from zero, with the theory exam and all. I learned to drive in chaos; order confuses me!”

Despite all the goodwill, positive thinking, or attentive cautiousness not to generalize or stereotype, the rift between two different human groups is a fact. Another fact is that, if this rift is left unattended, it will be filled with assumptions, misunderstanding, mistrust, fear, and hostility –as humans do with the unfamiliar. To bridge the rift, we need to acknowledge the differences, to pursue questions consistently, listen, and elaborate.

“I said: order confuses me! I don’t know how to follow the lines and small, hint-like directions. I have courage, courage is essential. A shout out to the silly juvenile challenge to drive on a part of sidewalk, and it’s fine because it’s 2 AM and the streets are empty and being a young girl would make the few men who are there cheer for you for having the balls, breaking the deep-rooted, belief-like assumption that women do not, and dare not, know how to drive.”

“You drove on sidewalks?”

“No, once! Just to break the stereotype… I am sorry I just rambled away… this is not the elaboration I meant!!”

I got distracted by my own thoughts, Bravo! Breathe … “There were regulations. However, for reasons of logistics, they couldn’t be followed completely. New roads do not necessarily connect to the old, established paths. On some roads, we had concrete barriers. On other roads, we followed general rules and some common sense. On some, we were left without any indications; thus, we had mutual understandings with other cars and pedestrians, understandings, common sense, faith in the heavens, and a sprinkle of passion for adventure…”

(Shout out to the taxi drivers who never failed to adapt. The more adapting and shortcuts, the higher the fee would be. Thus, once you are in the taxi, your first deal with him – he is always a “He” – is to go with or without a meter. The meter reflects neither the real distance, nor the real effort and skills required for the creative driving which never fails to deliver on shorter, buzzier routes.

“… Other related issues such as sidewalks: the sidewalks are neglected, not suitable for pedestrian needs, have outdated drain systems, or the sidewalk is from a different century when we had fewer cars and more horse-drawn carriages. We are left to deal with our shit within laws that have relatively wide margins! That enable us to ‘sort out’ our lives.”

(Shout out to the small illegal coffee-and-cigarettes stands on the corners of neglected streets, run by young men assigned or approved by the secret service– they would rush to save a pedestrian from a fast driver, or rush to a car when its tire goes flat, bumping into unexpected potholes.)

“… We collaborate– the drivers, the pedestrians, along with the government– to live in a set of made-up rules and understandings which come together in a very relatively logical way…”

(Shout out to the underpaid traffic police, who understand the rules, the conditions of the streets, as well as our emotional state according to the weather and the day of the month. The first part of the month is for the salary and the small bribes, we call them appeasement, the middle is for the stress, the end is for the despair.)

“… If we want a change, and trust me we do, we have to face the fact that the raw materials are unreachable, due to corruption– our corruption forms way thicker a net than yours. – Or that raw materials cannot be manufactured– since some capitalistic, first-world-country organization is monopolizing the industry. Or some developed, capitalistic country is preventing the technology from reaching us because of a fear that the technology will be used to manufacture war toys.  And yes! All this is led by a strange character as a forever ruler, supported, or accepted, by many free, democratic, first-class countries.”

“It is what it is; the agreements and the common sense add up  to ‘the norms’. Breaking the ‘norms’ is sometimes painful, like breaking one’s bones to reconstruct them!”

“Ok, drama queen, you might as well wait till your bones are fit for the safety standards of the streets… ” My man kisses me, his scent brings me back from the dusty roads with smiley familiar faces… How much can nostalgia manipulate the past? Were we smiling back then?

“…Till then try to keep the world safe from you.” My man embraces me. “Did you think about what school to approach for the German course yet?”
-“Hmmmm,  so… Shibari??
-“Seriously?? Oh my God!” 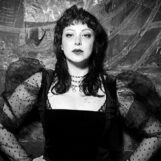