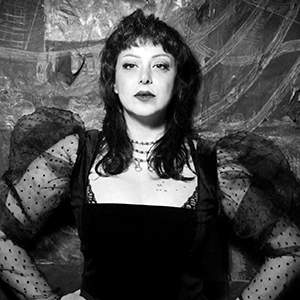 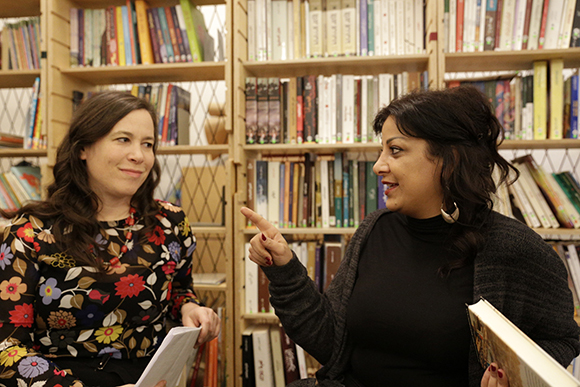 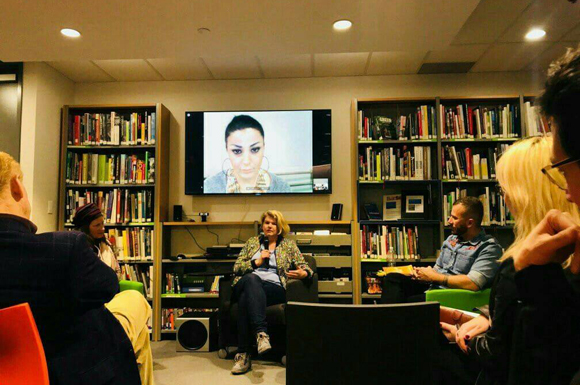 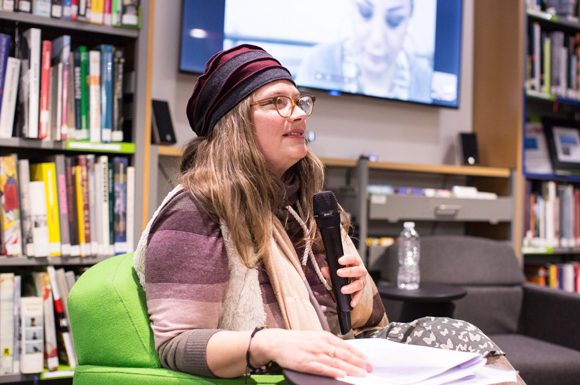 Shortly after Rabab Haidar had come all the way from Syria to Germany, a filmteam suggested that Rabab and I be featured in a short documentary on the project Weiter Schreiben. The shooting started at my place very early in the morning. Rabab was 1,5 hours late. Of course, the filmteam had reached an advanced state of nervousness. Finally, though, she arrived (and yes, Berlin is a big city). We sat and had coffee, I learned that Syria had banned googlemaps, so she didn't have it on her phone yet, and Rabab, gesturing wildly with her arms while talking, threw the entire cup of coffee on my persian carpet, an heirloom I inherited from my great-aunt Änne.

It was the fourth year of the war in Syria. After failing in our daydream revolution, we watched as our lawful, civil demands were stolen by corrupt politicians. Global circumstances; offinancing the radicals and neutralizing the civilians; having our heads in the skies filled with unrealistic dreams—none of this was helpful.

The meaning of beauty and of life itself

A dialogue between Rabab Haidar and Ulla Lenze

One winter day we went for a walk in the Berlin’s Rehbergepark, from there emerged a series of discussions which continued over many months. We talked about “Eastern” and “Western” aesthetics, minimalism in art and as a lifestyle, modernism as a (not) global movement. At the end it was not “East meets West” but two individuals trying to figure out the meaning of beauty and of life itself.